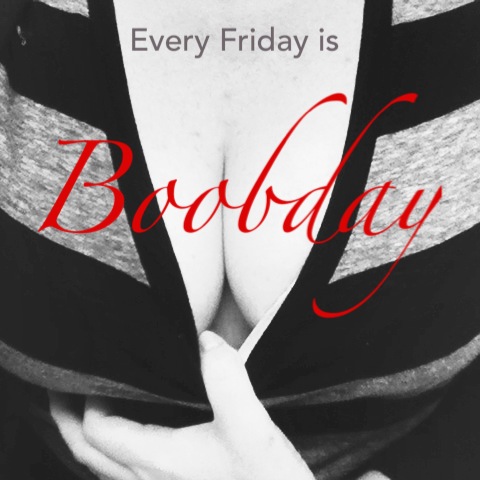 Ugh.  I had 4 stories I wanted to share with you since last Friday and I failed miserably at getting them out.  I’m continuing to struggle with having a full-time relationship, plus write, plus having my career launch, plus a kid in school.

When The Neighbor and I were doing our weird little dance of Friends with Benefits I had a lot more free time.  It used to be the second he’d leave I’d feel the need to write.  Now, I’m just tired.

However, failing sharing the lurid details of my life, I can always seem to carve out some time for some tit pics, so without further ado, lets get to those.

Next week’s theme is BEST BRA and Friday, December 27th’s theme is SPARKLE.  I figure we all need an extra week to plan since the big holiday is on top of us.

Want to participate in Boobday?  Go here and read the Guidelines and State of the Boob Union to answer any questions, but this is the TL;DR of what I need each time:

Emails sent to me with all of this info plus the theme will be given preferential treatment.  I will not look up links. 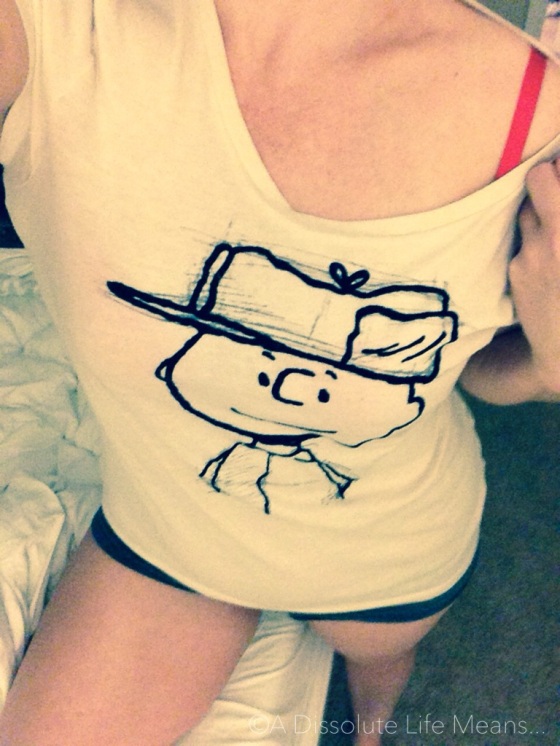 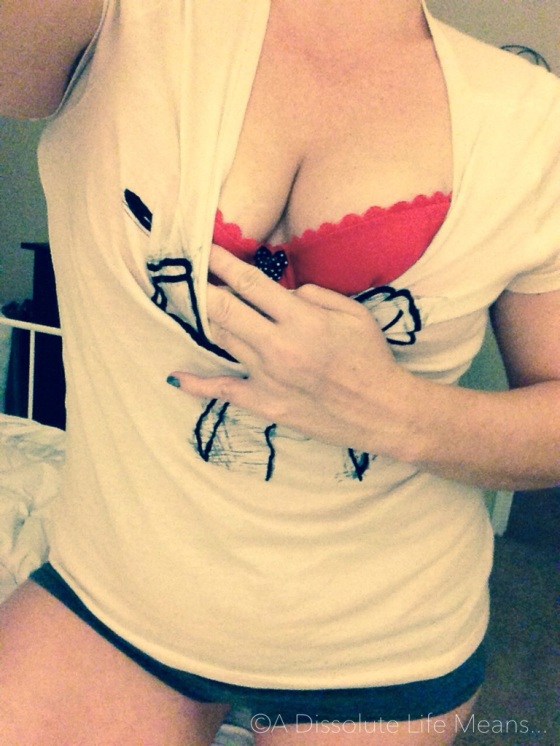 NOT my RED tits (click on pics for click-throughs):

I really loved creating this pic, very symbolic in many ways…
To one & all, may your festive season be filled with boobs & may your JOY be tied & bound with cheer! ;) Merry Xmas!

I chose this photo because it is festive. Red Christmas bows, as pasties. I really liked the angle, the way the bows are.

Oh the weather outside is frightful, but the boobs are so delightful…

Can’t go bad with black and red leopard print and boobs, can you?

This image is from my Christmas Advent Calendar that I completed last year. You can currently find this year’s version of the calendar on the homepage of my blog with lots of lovely sexy Christmas Song inspired images for you to enjoy.

When I was taking those pics this morning, I was on a high.
And then as I was driving to work, I was thinking of how much fun it was to wrap myself in a bow… and then I thought about how much I’d like for someone to open the present…
::

This is my new favorite shirt, it’s dark red and has polka dots!!  And I was just trying to find a flattering angle.  :)

This is another photo taken by my husband,  you can’t see the cheesy Santa hat, but I was peeking out from under it while down on my knees like a good, no, a naughty Mrs. Clause.

My Loves treat my boobs like they are the Best Christmas Gift Ever every single day, so I had fun illustrating that feeling in pictures… actually, THEY are the Best Gift I Could Ever Wish For..!!!

I take advantage of the light.
His cock will be in me at midnight.
I write a letter to The Neighbor.
I fuck and laugh and cry.