[Preface: I know I’m preaching to the choir.]

H.H. and Lola sent me her pics for today on a year old email thread this morning.  On that thread was the link to the article I wrote about in my February, 24th, 2016 Boobday post. I reread it in the early light of dawn and I felt all the same anger and disbelief exactly as I did a year ago.  My post response was filled with why I do this meme and why I show my body.  I’ve written about it at length for years now and even have it in a stand-alone sidebar link.

To show your body is an act of power.

We know this in its negative form because we criminalize the act itself when the viewer hasn’t consented to see.  It is an assault, a visual one.  It’s a move of power over an unsuspecting victim’s visual space.  Flashers* know it – they get high off the rush – and everyone else knows it, too: to bare your body to someone is an act of power.  To forcibly reveal someone else’s body is also an act of power.  Exposure, whether done to you or by you is not a neutral activity.

Remember back to the first time your lover laid eyes on your body in all its nakedness.  Hopefully, you felt their wonderment at your shape, glow, and glitter.  Their pleasure.  That’s power.  Think of the time you first laid eyes on your lover exposed and vulnerable, yet trusting you with their personal canvas.  How lucky did you feel that they chose to share with you?  That’s power, too.

When a woman chooses to remove her clothing and allow others to see it is a statement of jurisdiction.  She controls the image, the time, the place, all the hows and whys and whens.  Her reasons for doing so are her own and the effects are based on cultural filters and beliefs, but so long as hers align that’s all that matters.  Whether we agree with her or not is immaterial.  She can do whatever she wants with her body.

Which brings me back to that blog post.  I’m paraphrasing here from what she wrote — and the 96 comments under it — but the gist is those bloggers who “rely” on showing off their tits instead of working to be better/excellent/outstanding writers are ruining it for everyone else, that we’re turning back the clock on feminism and female empowerment (and also being paid to write).

She and all the others who think we are sad, pathetic, rabbit-hole-falling attention whores are saying there are only very narrow definitions of what it means to be a feminist, a writer, a self-respecting woman, only one way to be nude (that’d be with someone very special, natch), that there are narrow guidelines to what a healthy relationship with self and others look like, and that is complete and utter bullshit.

My writing is outstanding all by itself**.  I don’t need to post a single picture.  Not one.  I know that and am proud of it, but do it anyway because I love it.  It’s odd to me that there was this idea that just because writers can’t get paid for what they do that somehow the hot topic became about how those of us who show our tits are the bane of feminism. (I’m not making this up.***) And to the rest, well, every person gets to define what is healthy for them.  Or the DSM-V.  But that’s a discussion for another day and not something others get to determine.

Lastly, to all the bloggers and writers who don’t show their tits and who have decided that those who do devalue their writing and womanhood:

The validation you receive by blaming immodest women for the disenfranchising of women is fleeting and as flimsy as the 0s and 1s you wrote it on.   It comes from a place deep inside of you, a place thoroughly indoctrinated, since you were a little girl or boy, into believing that a woman may expose her body only in certain situations under the auspice of certain kinds of approval.  That nothing is of higher value in a woman than her modesty.  That is not freedom.  That is disempowerment.

And you have been brainwashed.

So, here’s to yet another incredible (and late!) Boobday and all my warrior sisters who have taken control over their bodies and decided for themselves what is right for them.  Here’s to the tatas!!

One of two ways to participate:

1) either submit a pic to me via email (hyacinth.jones@hotmail.com) OR

2) submit a link below to your own blog post for Boobday.

Also, just as a reminder:

If you send me a pic, be sure to tell me if you want to be anonymous or not and what your pseudonym is (if you have one or I gave you one)

Tell me why you chose the photo you sent

And don’t forget to comment on everyone’s posts! This is all about spreading the love!

I am covered with bruises from a romp with my most recent Snack and feel more beautiful than I have in years.
::

A photo of some solo fun I had recently. Love my doxy!

Women always look better in men’s shirts than men do. ? 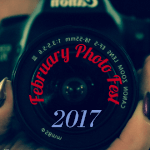 *I am in no way saying an exhibitionist sexual assault is real power, though the flasher himself (or herself) will feel a rush of power or feel powerful for sexual pleasure.  Our laws substantiate this by viewing it as an assault, a powerful act.  Women (and men) who reveal themselves in their own spaces where viewers are consenting to see are not in a class with those acting upon a disordered sexual compass.

***It appears she’s not well at the moment and has either stopped blogging or is on hiatus since November, 2016.  Linking to her now would be weird, especially since she may not currently be at the helm.  If you’re dying to read what she wrote, you might have to turn to Google.

4 thoughts on “Friday, February 24th, is Boobday: Wherein I get riled up again about female nudity”